Surely there must be a space for some kinds of official secrets?!

Seldom before have I been this ambivalent about an issue. Am I curious about state and other secrets? Probably as much as the curious guy next door. Did I enjoy the egg on the US Secretary of State's face that resulted from the Wikileaks disclosures. Did I enjoy information about Arab countries egging on the US to flatten Iran in order to prevent the Islamic regime from getting its hands on nuclear weapons? Hell, I did!

But... really, should these disclosures have occurred? I doubt it, to be honest. I think Wikleaks disclosures are superb when they disclose crimes committed by states, banks, whoever. Surely I'd want to know to what extent states are involved in torturing or murdering people when the very same states pretend that they'd never do such a thing.

However, what purpose is served with Wikileaks spreading gossip about what the US ambassador to Germany really thinks about the German Chancellor? This serves no purpose whatsoever. Surely diplomatic staff must be able to communicate frank assessments to the governments of the countries that they serve without seeing those subsequently splattered all over the world's newspapers. I cannot understand why anyone would want to take that ability away from diplomatic staff, and why anyone would think that disclosure of such sensitive information is in any way desirable.

I am equally puzzled that all this transparency and openness agitprop is deployed by a secretive organisation like wikileaks. The personality cult surrounding its figurehead, Mr Assange, is plain ridiculous, much as he seems to enjoy it.

Somewhat relatedly, The Telegraph newspaper, a conservative broadsheet in Britain, trapped a number of liberal ministers in the Conservative/Liberal Democrat government into saying that they don't really love their conservative fellow coalition government ministers (and their policies). For starters, it's trivial that this would be the case, so what kind of revelation really was that? None to anyone with just a minor amount of critical thinking skills available to them. The paper also trapped a Liberal Democrat government minister into saying that he can't stand Rupert Murdoch's news corporation (owner of Faux News in the US of A) and that he will try to prevent  the company from taking over BSkyB, a satellite broadcaster. How did The Telegraph manage to do this? Its staff pretended to be constituents of those government ministers. So they popped in during office hours and discussed these question with their local MP (ie in this case the Liberal Democrat government ministers). These ministers, admittedly naively, were quite frank in their conversations with their constituents (ie the masquerading conservative newspaper hacks), ans duly found their private conversation with what they believed were their constituents splattered across the Telegraph's frontpage.

All that this paper has achieved is that from now on MPs will be even less honest and forthcoming with their constituents. Were these few headlines, not exactly revelatory that they were to begin with, really worth this price. Of course not. Was the paper wrong in deceiving these parliamentarians? Of course it was. Did the parliamentarians show a remarkable lack of good judgment? They probably did.

What I am trying to say is this: Not every revelation of confidential government business should automatically be applauded as a brilliant coup worthy of our support.
at December 24, 2010 1 comment:

Interesting stats from blogger itself. This blog had more than 20,000 hits between May and December this year :). Thanks everyone.
at December 17, 2010 No comments: 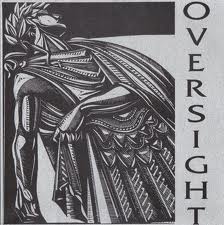 It can’t be repeated often enough: Efficient and competent oversight is of crucial importance when trying to ensure ethically run clinical trials anywhere. Bioethicists were for some time distracted by chasing smaller prizes in their ongoing debates about the ethics of clinical research in developing countries. These smaller prizes were and are important prizes as surely the standards of care provided in a trial matter, and so do our answers to concerns about post-trial benefits and the question of what constitutes a trial related injury that ought to be subject to compensation in prevention trials. And yet, all of these questions seem like skirmishing activities when, after a brief reality check, we realize that next to no trials that are undertaken in developing countries by Western for-profit as well as non-profit sponsors are vetted for ethics compliance by developed country oversight agencies such as the Food and Drug Administration agency in the USA.[1] The reported behaviour of pharmaceutical companies such as Pfizer – a frequent sponsor of bioethics causes – in developing countries is undoubtedly cause for concern and suggests at a minimum that oversight agencies should more rigorously and more vigorously monitor the ethics compliance of research undertaken in developing countries.[2]
The same holds true for trials listing researchers with multiple affiliations on their papers.  When a researcher lists a US American institution among his or her institutional affiliations on a research paper reporting clinical research that was undertaken while he or she was affiliated with that institution, there is no excuse for that institution not to have vetted the trial its staff has undertaken in a developing country.  Unfortunately, the opposite is actually the case.[3]
Perhaps this is as good a time as any to stress the importance of ensuring the enforcement of ethics standards by means of ongoing and efficient oversight. Ethics standards without bite and human power to back them up are not worth the paper they are written on.
[1]
Office of Inspector General (DHHS). 2010. Challenges to FDA’s Ability to Monitor and Inspect Foreign Clinical Trials.  DHHS: Washington DC. (OEI-01-08-00510) 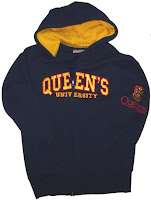 Apologies for the unannounced hiatus. I have been travelling in Asia and, for awhile, couldn't even access this blog in order to up-date it. So, just a quick note from the Cathay lounge at Hong Kong's airport. I'll be blogging more this coming week. Had a most interesting time. Incredibly, I bumped into a bloke wearing Queen's University paraphernalia (a sweater) in Hong Kong this morning. Turns out that he's a Queen's graduate. Talking about how small the world is. What were the odds of something like that happening... I met great people both in China as well as in Hong Kong. The trip was well worth it, both professionally as well as personally. I took about 400 photos...

I ended up in two remarkable hotels during this trip. One houses the Chinese Communist Party's leadership during winters (in Shenzhen), the other (in Hong Kong) forced me to listen to Xmas music on the loo. An Ave Marie while you go about your business. Odd indeed.
at December 07, 2010 No comments: