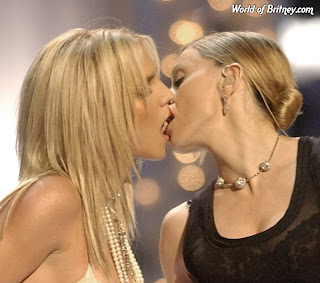 I'm fascinated by the rich and famous' child buying sprees in developing countries. Here's what fascinates me: The kids that they tend to take out of - usually lousy - orphanages are beyond reasonable doubt better off by being raised by a very wealthy person such as Madonna (or more to the point, likely by the people she pays to bring up her biological as well as adopted children). I would not be so certain when it comes to less well adapted stars - say, like Michael Jackson. So, in a way all the drama and bickering surrounding Madonna's adoption plans seems completely out of place. The net effect of these folks' adoptions is positive. The children in question will be better off, and, in Madonna's case, her biological children might also benefit from being brought up in a mixed-ethnicity environment. Seems good news all round.

And yet, I have some nagging doubt along these lines: If Madonna and folks like her really cared that much about impoverished kids in developing countries, instead of wasting a lot of their money to bring up just one or two (and adjust them to their own decadent lives), why can't they do something slightly more useful. Slightly more useful? As in: like Oprah has done with her South African girls' school. The same resources Madonna deploys to buy herself another third world child could arguably help many more kids in that same part of the world if they were deployed differently.

It seems, in other words, as if Madonna's motives are a tad bit more selfish than just wanting to help an impoverished kid live a good life. However, it's also true that we usually don't bicker too much about rich people spending their resources in a less than perfect manner (Oprah cruising in her private jet to South Africa to check out her school is a case in point - I have not heard anyone crying 'wasteful'). We accept that they're entitled to spend their money as they see fit, especially if it goes to good causes.

What's fair to say though, it seems to me, is that Madonna could indeed have done better. It's also fair to say that her intentions are probably not as selfless as she would like them to appear. And still: it is unfortunate that the Malawian court did not permit her to adopt the child she planned to purchase. That child would have been better off as a result of her actions, and nobody would have been any worse off.

On a personal note, I trust regular readers of this blog will be pleased to know that I seem to have at least a superficial knowledge of popular culture.
at April 04, 2009