Ethics victory over Religion in Berlin 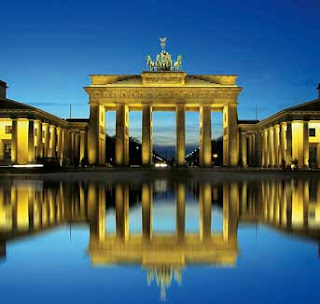 Berlin's citizens were faced with a call for a citizen's (or people's) vote (or Volksentscheid) this last weekend. The question Berliners were asked to vote on centered on this: Should Berlin's pupils be forced to choose between ethics or compulsory religion classes or should ethics classes be compulsory for all pupils. Ethics classes were introduced some three or four years ago in Germany. The government of the multi-cultural and multi-religious German metropolis realized that, with many of the city's pupils coming from non-Christian backgrounds, it would be problematic to force these pupils to choose between Catholic or Protestant religious classes. Instead, probably also as a means to build social cohesion in the city state, everyone has to take ethics classes these days there. The same ethics classes for everyone.

The Christian churches and its conservative party forced a citizens' vote on the issue, and were massively trounced in Berlin. Only 14.2% of all Berliner's entitled to vote cast their vote voted in favor of the ongoing child abuse that religious classes really are. Let me be clear here: with religious classes I mean the brainwashing of pupils according to a particular religious ideology. I have no problems at all, with the system that is in place in for instance South African public schools, where children receive information about a large number of religious ideologies, as opposed to them being indoctrinated for years by 'teachers' preaching a particular religious ideology. This is what happened to me, for instance, during my primary and secondary school education in Germany. So, I am pleased to report that things are steadily improving in good ol Germany. It goes without saying probably that I also believe it is good news that critical thinking skills in ethics that are a valuable tool to have will remain compulsory in Berlin.
at April 27, 2009