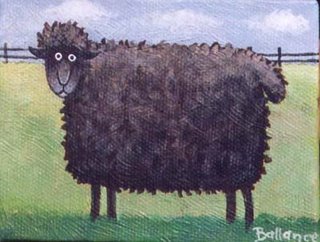 Weird story. I received a message from PETA asking whether I would support their campaign to have research involving 'gay' sheep at Oregon Health and Science's University stopped. From what I gather researchers there investigate the question of what leads some male-oriented rams to be male-oriented as opposed to female-oriented. They also experimented with changing hormone levels in sheep fetuses. The ethical questions with re to this research are really two fold: one certainly is whether this research interest is ethically justifiable, seeing that some animal suffering and death is involved (given that once the answer is found, there would be no health benefits for either sheep or humans or any other higher mammals), the other is whether this type of research ought to be undertaken in homophobic societies?
It will be interesting to see how these scientists will respond to public criticism of their work.
at September 27, 2006