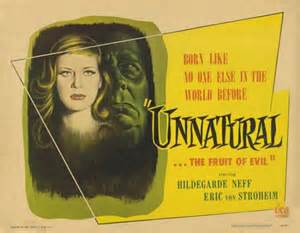 Well people, let me settle it for ya. Homosexuality is, of course, natural unless you assume that something that has been occurring in nature for as long as we can trace natural history back isn't natural. Oh, your god says 'unnatural'. Well, that proves it then, doesn't it? Umpf, your god, natural or unnatural? Just asking. - Anyhow, admit it: you really have a normative understanding of naturalness, not a scientific understanding of nature. Let me put it to you then: You're cheating. Surely in physics you wouldn't suddenly redefine laws of physics to suit your bible stuff, or would you? Well, may be you would do even that.

The good news for you Bible people out there is that it actually doesn't matter whether homosexuality is natural or unnatural. There is so much nasty stuff going on there that is natural (rape being just one of those things) and that is immoral, that you can stick to your righteous condemnation of homosexuality. Enjoy!

God people, hold your guns. The problem is that this ain't going to win you anything. I'm a university professor, my job security is higher than that of our prime minister, pretty abnormal wouldn't you say? I'm also someone who lived all his life without ever holding a driver's license. Pretty abnormal. I love collecting really expensive watches. Pretty abnormal. I do own a smartphone based on android, pretty normal. I'm Caucasian living in a town that is overwhelmingly Caucasian as far as its population is concerned, I'm pretty normal here. Try for your own person and ask yourself which features by the standards of your local community are average and how many of the features (or dispositions) are abnormal. You are the only Caucasian person in a rural area of sub-Saharan Africa? Abnormal! Anyhow, do the exercise for yourself. You will find that it's probably going to be a mixed bag. You will likely find that much of what you do is normal, that is, most around you, or even most around the globe do what you do (eat every day, for instance). If you are honest to yourself (or honest to your god) you will also find that some of the stuff you do (watching the Met Opera performances in your local cinema in a live broadcast) is pretty abnormal. Hell, for  all I know you might be driving a Rolls Royce around town. Abnormal!

The thing is, whether something is normal or abnormal tells us nothing, zero, zilch about the question of whether that something is a morally good or bad thing. It would be a naturalistic fallacy (ie a logic error) to assume that we could deduce from how certain things are like (or the majority of things) that they are morally good or bad or neutral. The same, incidentally applies to the naturalness questions I addressed earlier.

So, can we all move now on from here and argue our respective cases without engaging in these skirmishing activities?
at June 15, 2013