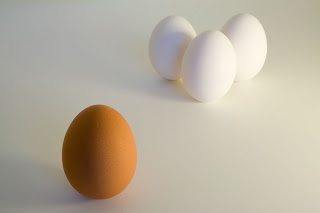 “I pulled my hair when I saw the coverage,” says Kamal Al-Solaylee, an assistant professor at Ryerson's School of Journalism (and a former Globe theatre critic). “I've never worked in a more accommodating environment in my life.”

Mr. Al-Solaylee is a brown-skinned Muslim who is openly gay. He thinks the entire exercise is a frivolous diversion. “There are things that I need from the university, but this isn't one of them,” he says. “I need computers that don't crash all the time. I want students who don't have to hold bake sales to raise money for their graduate projects. There should be money for these things, not equity officers.”

Sensitivity to perceived discrimination is so acute these days that it can lead to perverse results. One instructor at the University of Toronto was told not to criticize foreign-born students for their poor language skills, even if they were unintelligible. Some aboriginal students say they shouldn't be evaluated by the same standards as everyone else, because they have different ways of knowing. Yet, as Mr. Al-Solaylee sensibly observes, his students will be working in an English-speaking, Eurocentric world. So they might as well get used to it.

The most bizarre revelation can be found in the report's fine print. Among the students, racism and discrimination scarcely register at all. Only 315 students (out of 28,000) bothered to respond to a task force questionnaire. Half the respondents were white, and half non-white. On the question of whether Ryerson treats students fairly regardless of race, the vast majority of both groups – more than 90 per cent – believed it did. Fewer than 30 of the non-white students said they had ever experienced discrimination. That's a 10th of 1 per cent of the student body.

Naturally, the task force has an explanation for this: People are too scared to speak out! That's the great thing about systemic racism. You don't need any evidence. Every negative proves a positive, and the absence of evidence just proves how bad things really are."

Go Margaret go! My qualm about this whole sad saga is not that it's unreasonable to have a conversation about reasonable accommodation of God folks, but please do not permit anyone to confuse this with racism. It's beyond pale, and, frankly, unworthy of a university.