'Unnatural' sex and its naturally not so bright opponents 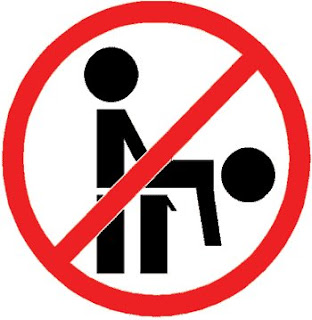 This thing about 'unnatural' sex has been bugging me for a long time. For those of us who are trained to think about what we mean when we say certain things the term 'unnatural' carries no normative weight. For those who think less (either because they quite naturally or culturally cannot think a great deal due to a lack of gray brain matter or lack of education) about what they mean when they say that something is 'unnatural', the 'unnatural' charge routinely leads to demands that certain behaviours or products be outlawed.

Let me look at two examples just from this week, one from Uganda, the other from Jamaica, quite naturally both examples involve Christians on a crusade against gay sex. So, here we go:

Dr. James Nsaba Buturo is the Ugandan Minister of State for Ethics and Integrity. He announced this week that any attempt by donor agencies to have the country legalise 'unnatural' sex (and homosexual sex in particular) will fail. He went on to say that the government is prepared to fortfeit any [sic!] amount of donor money if that meant accepting homosexuality. I'm a consequentialist, so when someone says something like 'no matter what', which is what Dr Buturo's 'any' implies, I know I am seeing someone not too deeply rooted in reality. For the sake of the argument: what if someone gave Uganda enough money to resolve the problem of poverty among its people for good, offered in addition free education, state-of-the-art free health care to everyone living in Uganda etc, provided that consenting adults be permitted to engage in 'unnatural' sex if they so wish. Any government minister who would be prepared to sacrifice the well-being of the people in such a case for the sake of fighting 'unnatural' sex is obviously a nutcase. Consequences be damned is very Christian, of course, but it also not very smart.

Anyhow, I digress, I really meant to write about the 'natural' and the 'unnatural', and that I will do, but let me first give you the second example. We owe it to a Christian 'Senator' in Jamaica. I don't know Jamaica too well, so I presume Senators are not overly well educated people relying on tax hand outs for a living while preaching hate. So, without further delay, in her own words, Jamaican Senator Hyacinth Benneth: "For many persons that push a radical homosexual agenda it is claimed that homosexual behaviour is natural for them. That particuar [sic!] group has been quite successful in advancing their cause by using the rights based approach. I am not a psychologist or a psychiatrist but I have not seen where homosexual behaviour has been conclusively shown to be natural. In fact the dominant scientific opinion has been that no one can conclusively show that homosexuality is natural."

So, don't blame me, blame Dr Buturo and Ms Benneth for today's rant on nature.

Ms Benneth is probably unaware of the fact that there is no dominant scientific opinion on the naturalness or otherwise of homosexuality. The reason for this is that this issue is not a scientific question to begin with. It's a matter of what you mean when you call something 'natural'. In science EVERYTHING that is physically possible by necessity is considered a natural thing. Anything governed by the laws of nature is natural. So, for that reason alone there can't be a body of scientific opinion on the naturalness of homosexuality anymore than there can be a body of scientific literature on the naturalness of any number of other things that are happening within what the laws of nature permit (namely: everything that is physically possible). So, dear Ms Benneth, your claim about the views of 'science' on the naturalness of homosexuality (wrong as it is even in fact), also aims to take comfort from the wrong people. It's akin to someone saying in response to a question such as what is the proper way to lay pipes in a housing estate? that there is a consensus opinion of theologians on the matter. It makes no sense, and even if theologians had views on how to lay pipes in a housing estate they're not really competent to claim particular expertise.

What we could do now, of course, is to change our definition of natural. Say, we could add a bit of Christianity and dump an imaginary God into the equation. What the claim about the naturalness of homosexuality then means is that homosexuality is a violation of a normatively understood (human) nature. Of course, this has even less to do with science - poor Hyacinth, how did you manage to get all of this so badly wrong... - This, after all, is what really motivates our Ugandan and Jamaican crusaders. There's a lot of irony in this one, too. After all, if anybody is unnatural, God is. The God these folks have invented hovers above the laws of nature, this God even makes laws of nature. Now, if anything is unnatural, God is. Funny enough, they're not going on about outlawing God or God's unnatural behavior (say, 'miracles'). Nope, they aim to punish people who do things within the laws of nature that their imaginary (and all-powerful, and all-knowing, and 'good') God cooked up in a couple of days. So, if anything, even on their own perspective, it's probably not a good idea to question God's laws of nature and the conduct that happens as a result of God's magnificent work (including, of course, genocides, rapes, and other such niceties). If I was God, I certainly would be pretty miffed if my underlings (sorry, my chosen one's) would question my grand scheme of things.

There's other problems with 'nature'. We have seen already that so many things 'go' in nature that are clearly bad, that it is obvious to anyone other than Ms Benneth and Dr Buturo that nature is probably a bad yardstick to measure any kind of behaviour against. There's a logical reason for that, too, it's called a naturalistic fallacy. A naturalistic fallacy occurs each time when someone derives normative conclusions from a matter of fact. You can't do that. You always need normative arguments and analysis to achieve that feast. So, gay activists, from the fact that homosexuality occurs in nature it follows that it is natural. It does not follow that it is good. The same is true for ice cream, the new Boeing Dreamliner, sunshine and other such things.

What Ms Benneth and Dr Buturo REALLY are trying to sell to the unsuspecting public is a normative (as opposed to a scientific) understanding of nature. Ie they have decided that certain things in nature are bad and they label them unnatural. We can probably all agree that there's plenty of things in nature that are not nice. The thing is though, Dr Buturo and Ms Benneth need to argue their case. Some of their ilk have argued that homosexual sex is unnatural because it is not leading to reproduction. That is, the homosexuals' use of our sexual organs is unnatural because it doesn't lead to breeding. So, in that sense then some guy sticking his penis in another guys bum is an abuse of the penis (and presumably the bum), because the sperm is wasted in the wrong spot so to speak. Well, there's several problems with this: 1) Most heterosexual sex acts involving the penis and the vagina (or other orifices of the heterosexual sex partner) do not lead to reproduction. Should we outlaw those, too? 2) Why should we accept the argument that our bodily organs serve only one purpose and no other. After all, we are using our tongue to lick stamps these days, as well as ice cream and any number of other things. What is the natural function of the tongue in these circumstances? And, who is to decide? Hyacinth and her buddy from Uganda? 3) Why should we accept the idea that sex serves only one purpose, namely to breed? I mean, why can't we accept the novel idea that sex (hopefully more often than not) is kinda FUN, Ms Benneth and Dr Buturo? As you can see, your claim that some kind of conduct or other is unnatural alone won't cut it. In fact, if anything, it is begging the question.
at July 03, 2009