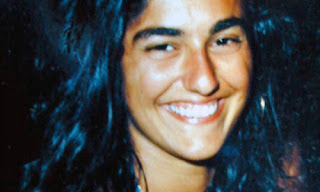 Silvio Berlusconi, Italy's best-known playboy, has officially been appointed to be the Vatican's permanent representative in his own government. According to reports in THE GUARDIAN newspaper today, after frantic forth and backs with Vatican officials, he is aiming to change Italy's laws in order to prevent doctors from executing a Supreme Court of Italy approved case of removing life-sustaining medical care from a woman in persistent vegetative state. This saga reminds very much of the Bush meddling in the Schiavo case a few years back in the USA.

Here are the basics of the case: Eluana Englaro is a 38-year-old woman who has been in a coma for the past 17 years. She was left in a persistent vegetative state after a car accident. Her family wanted her life-preserving care removed from her, both because that is what Ms Englaro would have wished, and also because her brain injuries are such that there is no chance she will ever rejoin us in this life. She will not ever be able to live a life worth living again.

Eventually after a long long march thru the legal instances the Italian Supreme Court granted the family's request. Doctors have begun to reduce her nutrition since. Her PVS means that she won't feel any of this happening. The 'v' in PVS really means that her state of consciousness is vegetable like. Veggies don't feel pain or suffer.

Well Italy's first playboy, after consulting Italy's governor general, the Pope, declared that this court decision was akin to murder and issued an emergency decree aiming to prevent the withdrawal from life-sustaining medical care. One of his - on the record - rationales was that she is still physiologically capable of making babies...

Reports THE GUARDIAN: Giorgio Napolitano, Italy's president, has refused to sign the decree, but if it is ratified by the Italian parliament doctors may be obliged to resume the feeding of Eluana early this week. One can only hope that the Italian parliament will show more insight and realise that there is nothing to be gained by this patient remaining in PVS for another few decades. As the anaesthetist caring for her, Professor Antonio de Monte, said: "Eluana died 17 years ago."

On another note, commiserations to my Melbourne based compatriots. The scale of the catastrophe in Victoria truly boggles the mind! Just read that among the people who perished were Brian Naylor and his wife.
at February 08, 2009