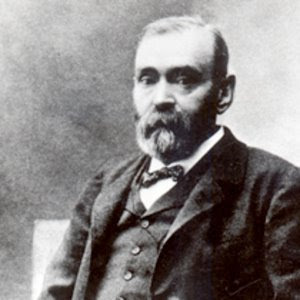 The German language weekly broadsheet DIE ZEIT has published an interesting backgrounder on the Nobel Foundation, ie the organisation bankrolling the 1 mio $ per pop Nobel prizes. It turns out that the foundation's investment people burned a lot of its money by means of investing in hedge funds instead of safer shares. The initial donor who established the foundation, Alfred Nobel, insisted that the foundation invest the money only in 'safe shares'. A Swedish radio station did the maths and reported that it is in serious doubt these days whether there's enough cash left to fund the generous prize monies that the winners have grown accustomed to.

There are also questions to do with good judgment when the committee chairs of several of the foundation's selection committees went on luxury junkets to China (ie business class fares, luxury hotels, that sort of thing), while being quizzed on what China would need to do in order to score nobel prizes. Quite amusing in a way, one is used to endless corruption when it comes to that Olympic farce and its committee, but nobody probably expected similar conduct from chairpersons of nobel prize selection committees. Anyhow, as to China, that country routinely censors information about the nobel peaze price winners from its bulletins, because it is too concerned that its name might once again be mentioned by the winners in the context of civil rights violations or cosying up to dictators in Zimbabwe, Sudan and Burma. The kind treatment meted out to nobel committee bigshots might explain why there was no nobel prize for Chinese human rights activists this year.

Unsurprisingly perhaps, given this context of clearly less than transparent activities, it turns out to be the case that the largest commercial sponsor of the foundation's commercial arms (nobel media and nobel web) is the pharmaceutical multinational Astra Zeneca. The discovery made by this year's nobel prize winner in medicine (namely that the sexually transmissible HPV causes cervical cancer) has led to a somewhat controversial vaccine against that virus. There is some argument ongoing whether the side-effect profile of the vaccine is too significant and its efficacy too low to justy using it in every teenage girl prior to her becoming sexually active. It turns out to be the case that the owner of the patents to the vaccine is no one other than Astra Zeneca. So, the largest commercial sponsor of the foundation's activities also happens to market the product that was made possible by the discovery of this year's winner. Having said that, the nobel prize winner well and truly deserved the price (as arguably many others for different discoveries in medicine), and he personally does reportedly not financially benefit from any sales Astra Zeneca makes.