The things that are 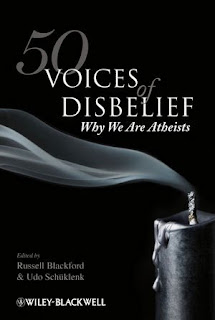 Update: March 02, 2010. I have received further information on the issue discussed in the middle part of this blog, from Catholics for a Free Choice in the USA.

Here's an excerpt from a report they published in 1998: 'The US bishops' Ethical and Religious Directives for Catholic Health Care Services, which strongly prohibit abortion in Catholic hospitals, also say that "operation, treatment, and medications that have as their direct purpose the cure of a proportionately serious pathological condition of a pregnant woman are permitted when they cannot be safely postponed until the unborn child is viable, even if they will result in the death of the unborn child."

"It may seem that this directive permits all life-saving abortions, but that is not the case. The language closely mirrors Catholic teaching on abortion, which forbids direct abortions in all circumstances, even to save the life of the mother. The word "direct" is critical. Indirect abortions are allowed - but there are only a few cases where this applies. In a case where a woman's life was threatened by pregnancy, abortion is directly intended and therefore not permitted.

"The full meaning of the directive played out in 1998 when a pregnant woman on Medicaid in need of an emergency abortion was denied services at a merged hospital in Manchester, N.H. The 35-year-old patient, who had miscarried in the last year, rushed to Elliot Hospital when her water broke at 14 weeks. When she arrived her physician determined she needed an emergency abortion in order to prevent a life threatening uterine infection and other complications. However, because Elliott had merged with Catholic Medical Center in 1994, abortions were banned in 1997 from Elliot at the insistence of its Catholic partner.'