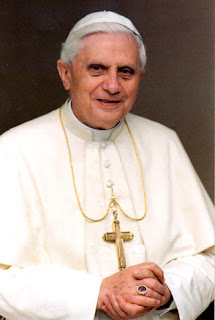 It seems in ongoing battles over crucial biomedical research involving human embryos as well as access to reproductive health services the UK government under Gordon Brown caved in to the Catholic Church's lobbying and threats. So, here's the deal, the Catholic crowd in government (several government ministers, including Opus Dei operative Ruth Kelly) threatened to defeat the 'Labour' government's new embryology bill. According to a BBC news report the Catholic Church's representatives on 'Labour's government benches are permitted to vote against these three partts of the bill in order to follow their conscience:

# Preventing fertility clinics from refusing treatment to single women and lesbians - under current legislation clinics must take account of the welfare of the unborn child including "the need for a father". This will be replaced by the "need for supportive parenting".
# Creating a child with the correct tissue match to save a sick brother or sister.
# Creating so-called hybrid animal/human embryos to aid stem cell research.

Good on them, at long last it will be possible again to make no bones of the Churches homophobic agenda when it comes to reproductive health services. No access to fertility clinics for lesbians in the UK. And, seriously, creating a child with the correct tissue match to save a sick brother or sister. How sickening a reason for creating a child! Now the Church succeeds in getting rid of the sick kid, and preventing the new child from coming into existence. I wonder whether such children, if given the chance to have a say, would mind coming into existence, helping their sibling to survive, and live happily ever after... - My hunch is, that they just might not mind!

The Church also demonstrated that it is dealing with the overpopulation issue inits very own way. Creating animal/human embryos for research purposes (we're looking a few days after 'conception', if you wish to use Catholic terminology), how truly Frankensteinian. The thought of having a cell mass of a few hundred cells of such hybrids makes me shiver. Soo they'd be taking over the world, no doubt! What's the big deal about seeing millions die of all sorts of degenerative diseases. Good on the Church. It seems its ongoing support of any pro-death and pro-disease agenda is cause for true celebration.

I have no doubt 'Labour' party voters will be delighted to find out that they actually voted the Vatican into office in the UK. Little did they probably know.
at March 25, 2008